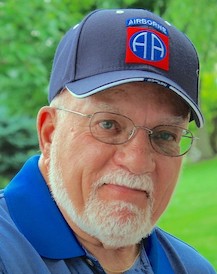 Commissioned into the Military Intelligence, Army Security Agency (ASA), 2 May 1967

After retiring from the Army out of Fort Huchuca in 1986, I went to work for a defense contractor, GTE, Government Systems Corp.
Worked as business development and program management. They were subsequently bought by General Dynamics, from which I retired in 2003, moving to the Winchester, VA area - retired, retired.
Served (past and current) on various committees at the Macedonia United Methodist Church - currently a member of the Board of Trustees and the church maintenance committee.
Member of the local Ruritan Club - serving as secretary for the past 10 years.
Member of the Antique Auto Club and the Subaru SVX club.
Worked with the local Habitat for Humanity on committees, Board of Directors, then President of the Board of Directors, and helped start up the Habitat ReStore -
last year, the revenue was $1.4M, fully supporting the local affiliate.
Probably much more that you wanted to know ..... :-)
Currently working on my autobiography ....